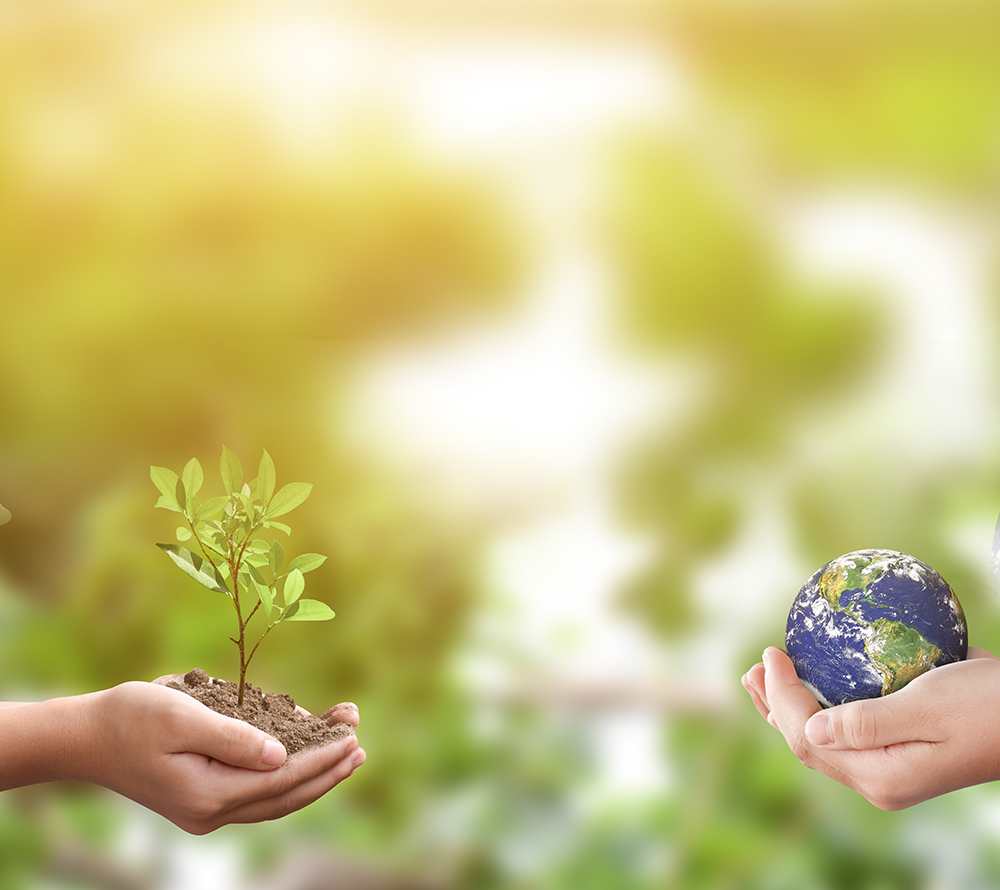 Aside from operating diversified business operations in various industries across the Middle East, The Kanoo Group, has also shown its steadfast commitment to hone other key and vital areas of the society through its Sustainability and CSR initiatives.

Through its commitment to CSR, The Kanoo Group mirrors its pledge to work unremittingly to give back to the communities through responsible operations, activities, and protection of the things most important to the society.

Observing Responsibility in the Workplace (labour rights, equal opportunities, and health and safety)

The Kanoo Group has always strictly followed the UAE labour law in letter and spirit. We have a fair treatment policy for all people, irrespective of their nationality or religion. Our company also ensures a safe and healthy work environment for our employees, including providing air conditioned offices, ergonomic furniture, and equipment.

In addition, The Kanoo Group has started a program to implement the Dubai Quality Mark (DQM) standard. This includes management systems for Quality, (ISO 9001), Occupational Health and Safety (OHSAS 18001) and Environment Management (ISO 14001). We have carried out an initial gap analysis and are working towards full compliance to the DQM.

We have recently conducted energy audit of our main office building and estimated our Carbon foot print. Action is being taken to reduce energy consumption by reducing and replacing lights and using treatments in Air conditioning equipment to reduce electricity consumption.

We have HSE and CSR policy documented and signed by the Chairman of the company.

The Directors, Management and Staff of The Kanoo Group are committed to constantly improve the Company’s business performance, remain customer-focused, and deliver sustainable excellence.

To accomplish this, we aim to:

For the past decades, The Kanoo Group has been integrating corporate philanthropy in one of its missions to foster a community-based sustainable development in areas such as arts, education, health, social welfare and the environment.

The Kanoo Group believes that for a society to thrive, each company should increase its approach to responsible social and environmental standards. This is to build a reputation for integrity and best practices based on distinctive ethical values.

The Kanoo Group dynamically conforms to sustainable growth with Government initiatives on Quality and Business Excellence. This is clear in it being consistently awarded and recognized in Dubai Quality Award (DQA) and Sheikh Khalifa Excellence Award (SKEA) for the past ten years, as well as the Mohammed Bin Rashid Al Maktoum (MRM) Excellence Program of Dubai Chamber of Commerce.

The Kanoo Group in 2016 also received an Appreciation Award from Abu Dhabi University, recognizing the group as one of the school’s strategic partners in its pursuit of obtaining international institutional recognition and academic accreditation from the “Western Association of Schools and Colleges: Senior College and University Commission –WSCUC”.

The appreciation was part of a special ceremony held recently at the Ritz Carlton in Abu Dhabi, in the presence of His Highness Sheikh Mohammed Bin Hamdan Bin Zayed Al Nahyan and several government officials and community leaders who have supported the University’s academic journey.

In particular, The Kanoo Group supports major sponsorship to charitable initiatives as well as noteworthy events such as: the 21st McDermott Charity Golf Classic to help the Dubai Center for Special Needs (DCSN); the GCC Forum on Avoidable Blindness, organized by Sightsavers Middle East and Prevention of Blindness Union (PBU); the 2013 Abu Dhabi Industry Award (ADIA) to honour students of Higher Colleges of Technology (HCT) for their exceptional academic performances; the 6th International Koodiyaattam & Kathakali Festival to support Thiranottam, a non-profit organisation that promotes and sustains classical art forms of Kerala and their artistes; Al Noor Center; and Emirates Red Crescent, on top of various donations and other disaster relief and community projects.

The Kanoo Group has been a constant sponsor of Oil Barons’ Charity Ball, which focuses on fundraising for the Friends of Cancer Patients (FOCP) charity.

Another initiative spearheaded by the Group in order to help the society include its successful blood donation campaigns.

The company’s blood donation campaigns, which always drew tens of participants, is part of its ongoing commitment to promote a culture of social responsibility and to support government initiatives. The Kanoo Group, through this initiative, aims to promote the values of unity among our employees as responsible members of our society. It also raises community awareness about the importance of blood donation and its role in saving many lives.

The Kanoo Group has also shown support for the “100 Million Meals” campaign in May 2021 through donating cash as a voluntary contribution. The initiative, launched by His Highness Sheikh Mohammed bin Rashid Al Maktoum, Vice President and Prime Minister of UAE and Ruler of Dubai, is the biggest food drives of its kind in the region.

The campaign is part of UAE’s response to global efforts to combat world hunger, a major challenge that has been exacerbated by outbreak of COVID-19 that has pushed millions of disadvantaged populations to greater insecurity, poverty, and unemployment. The campaign also aims to support the international community in achieving the second of the 17 United Nations Sustainable Development Goals to end hunger by 2030.

For years, The Kanoo Group has been supporting various initiatives that aim to foster social welfare and community-based sustainable developments.

In fact, during the Ramadan period in 2016, The Kanoo Group donated AED1 million to support the 'Reading Nation' campaign launched by HH Sheikh Mohammed bin Rashid Al Maktoum, Vice President and Prime Minister of the UAE and Ruler of Dubai, in line with the UAE President HH Sheikh Khalifa Bin Zayed Al Nahyan's dedication of 2016 as the 'Year of Reading.'

'Reading Nation' aims to distribute five million books to children in refugee camps and schools around the world, establish over 2,000 libraries in different Arab and Islamic countries, and to support various educational programmes organised by humanitarian organisations. 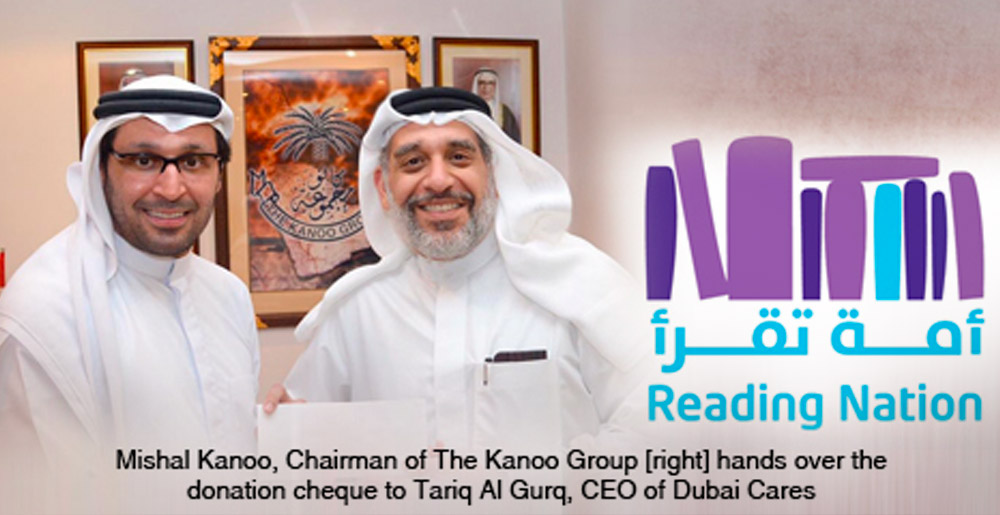 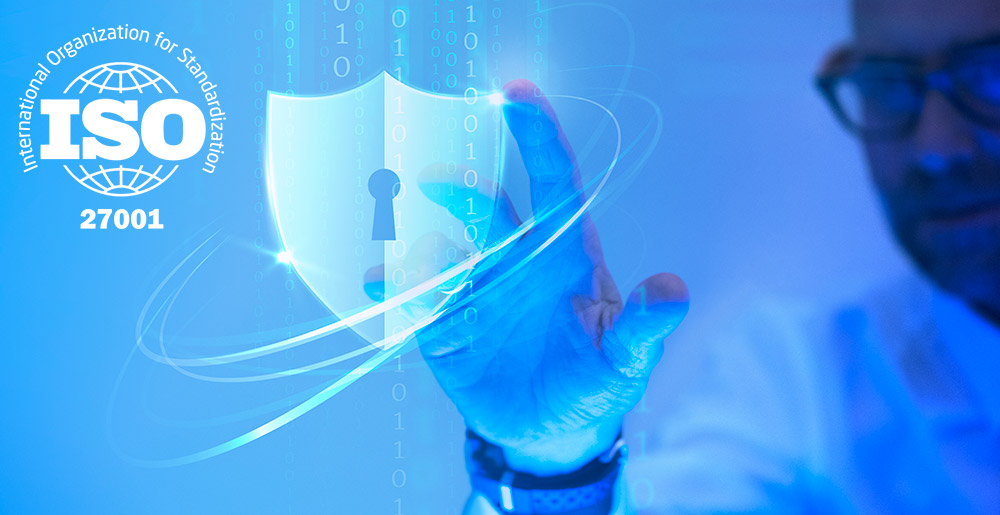 To achieve our business objectives, The Kanoo Group remains keen on its policy to maintain a competent and effective Quality Management System, and continue improving its efficiency, based on the requirements of th: ISO 9001 Standard

Our certifications are as follows:

This name is already outdated but we are keeping it as a continuation of our contract with Bureau Veritas. The divisions under the Commercial Group include:

On saving water and energy

Energy consumption through global lighting is without a doubt an arising issue. Lighting accounts for 15% of the global electricity consumption and 5% of worldwide greenhouse gas emissions. We at The Kanoo Group are always one step ahead when it comes to addressing these concerns, through launching several sustainable initiatives.

As part of our efforts to save the electricity across our projects, below are measures that our Group has taken:

As part of our efforts to contribute towards a sustainable environment, the Group has also successfully participated and installed solar rooftop systems at the warehouse of Kanoo Machinery in Al Quoz, Dubai. Such initiatives are aimed at contributing to green energy, saving trees, and reducing carbon footprint.

With this project, we hope to achieve below: 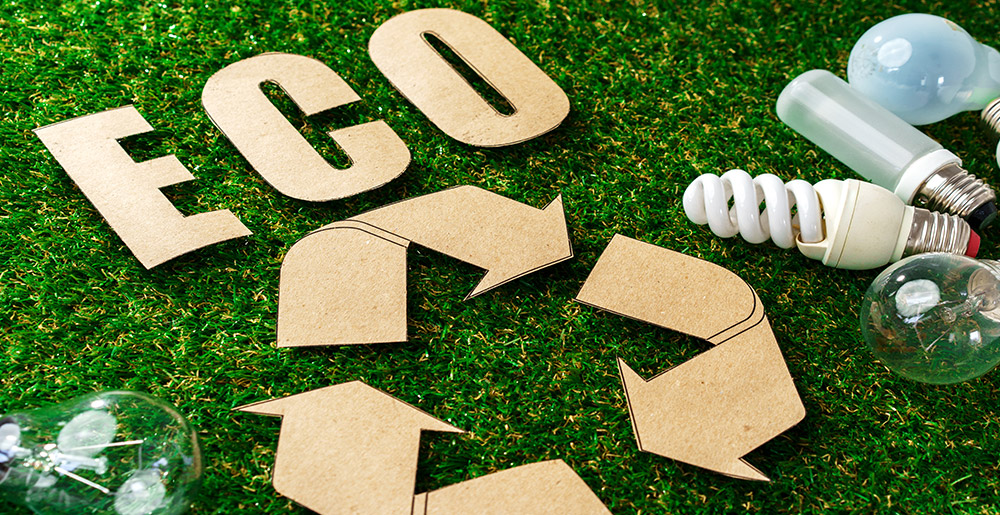 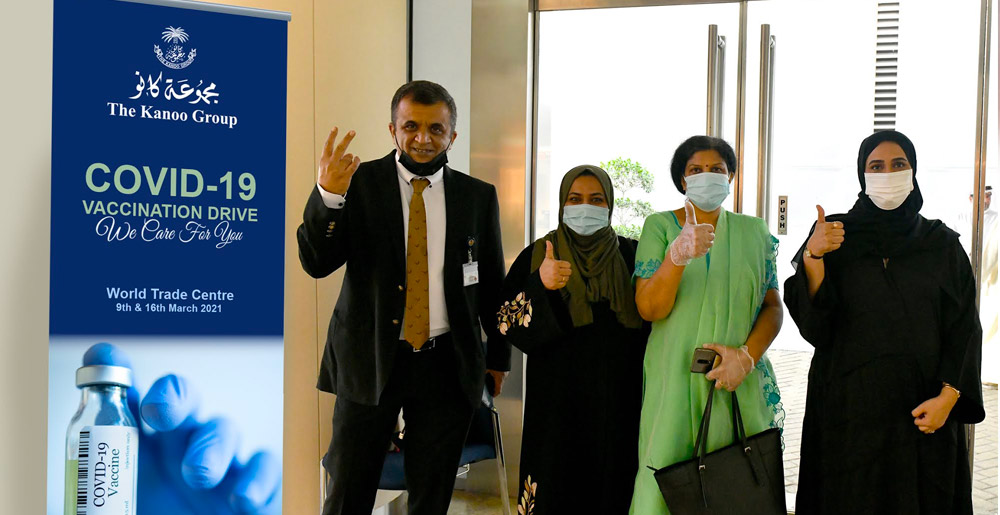 The Kanoo Group has also reflected its commitment to prioritize the health of its workers during the onset of the pandemic. In 2020, it has instituted a number of protocols in response to the coronavirus outbreak, including barring employees from going to work when sick and mandating temperature checks through contactless thermometer to all employees and guests when entering the office premises.

The company also increased sanitary protocols such as installing sanitizers in all workplace public areas and increased employee awareness on frequent hand washing. It also distributed a number of masks to each of the divisions. To respond to any critical situations, The Kanoo Group also formed a Quick Response Team to attend to any calls for guidance on critical situation at any given time.

Back in 2019, The Kanoo Group held its own Health Fair program in collaboration with its partners in the healthcare industry.

The Kanoo Group has published its own Code of Conduct, which each employee must read and sign. It specifies ethical business practices that all of them must observe—including refusal of gifts, no conflict of interest, proper handling of employees’ grievances, and whistle blower policies. A copy of the same can be made available on demand.

In addition, any advertisement material is reviewed by authorised management officials before its publication. The Code of Conduct prohibits employees from misrepresenting any aspect of business and making false or unsubstantiated claims to anyone in the market. 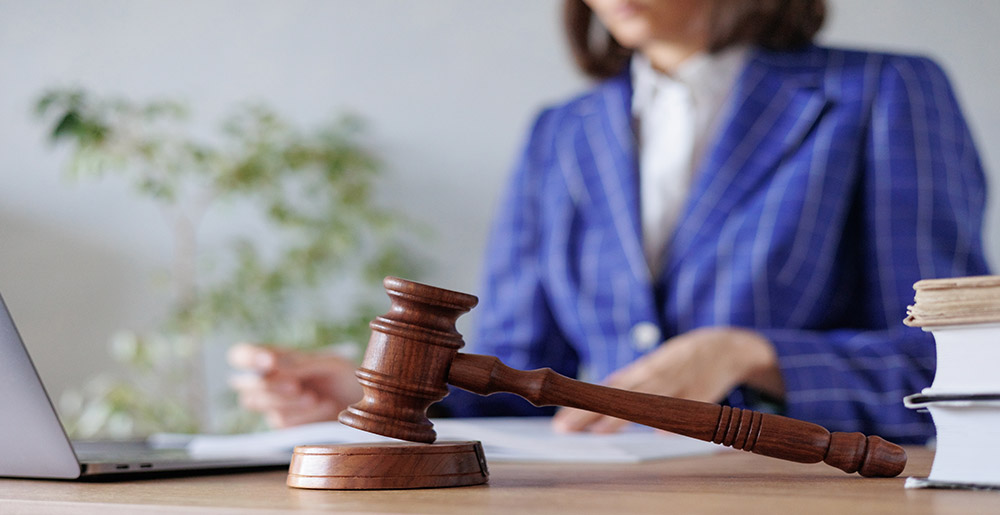 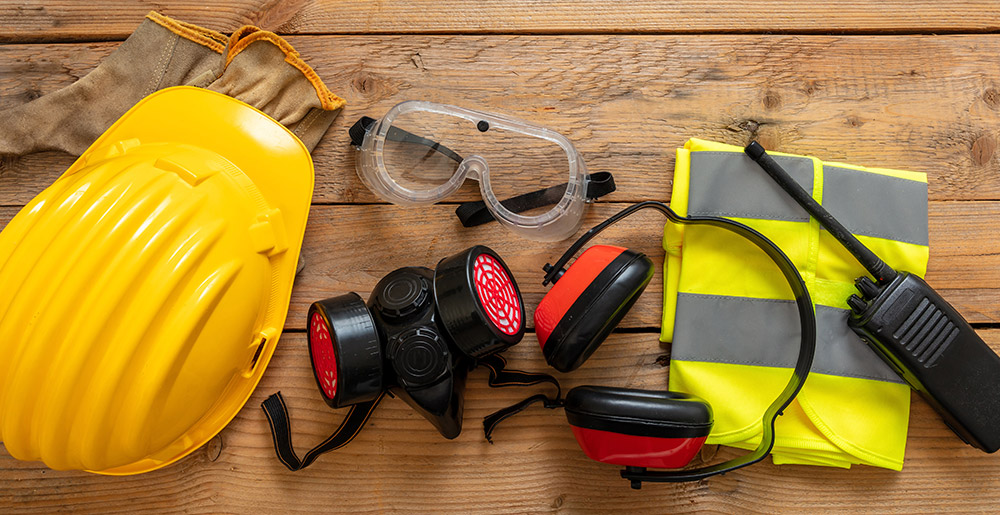 The Directors, Executive Committee Members, Management, and Staff of the Company recognize their responsibility for the prevention of work-related injuries and ill health, as well as pollution and waste. This is why the company ensures that its operations adhere to its deep-rooted code of conduct, and strictly takes Occupational Health & Safety (OH&S) Risks & Opportunities into consideration. The Kanoo Group, in its bid to protect the people and the environment, is committed to:

The CEOs of business divisions will have the overall responsibility to ensure the effective implementation of the OH&S and Environment management system. They shall do this through providing adequate resources, setting objectives for the improvement of OH&S and environment performance, and cooperating with all stakeholders.